HQ Trivia is a mobile application based on iOS that you play to earn cash prizes. This game has become one of the most popular iPhone games recently. Launched in August 2017, the app has now attracted over 1 million concurrent players from around the world. HQ is more like a live game show that goes live at 3 p.m and ends at 9 p.m. The game is currently only available for iPhone users, however an android version is also in works at the moment. Keep reading to know how it works.

HOW TO PLAY HQ TRIVIA?

HQ live trivia is basically a series of 12 multiple choice questions that the player has to answer in 10 seconds time. These multiple choice questions have a total of three possible answers. If the player runs out of time or answers incorrectly, they get eliminated from the game. And those players that reach the final level of the game show and answer the final question correctly, they split the prize money. Sounds simple right? Here’s how you sign up for the game:

Download and install the HQ Trivia app from itunes HERE.

When you open the application, you will be asked to sign up with your phone number and create your username. Once you have signed up, you can select an option in the app that notifies you when the game starts. That way the player doesn’t need to remember at what exact time the game takes place. 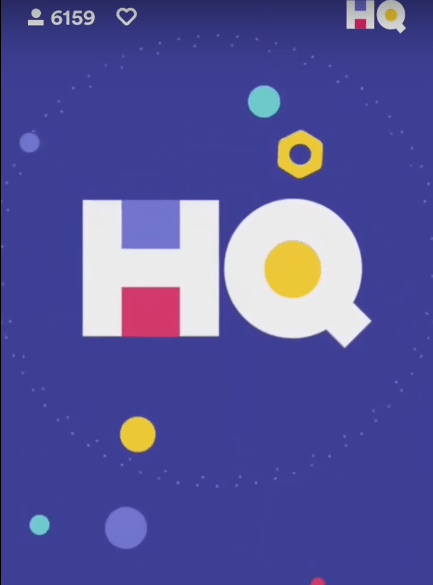 WHAT ARE THE GAME RULES?

HOW DOES HQ PAY?

HQ live trivia pays its winners through PayPal. The cash prizes start from $250 to $1000, but have also gone much higher. The highest cash prize has been $8000 so far. The reason for cash prizes going higher is that if no player wins the game, the cash prize rolls over to the next game and the amount is added.

The cash prizes awarded to players are sponsored by Intermedia Labs, which is also the company that is the owner HQ application. Sponsorship also come from other third parties and affiliates. The show’s creators have also stated that they plan to increase cash prizes to $1,000,000 in the future. 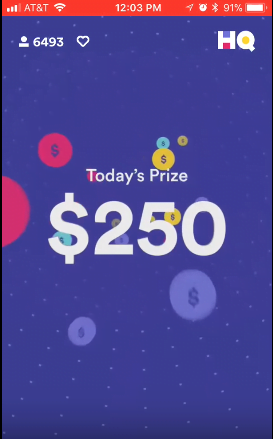 THINGS TO KNOW ABOUT

There are some other little things to know about HQ trivia app one should know about.

HQ trivia being the hottest most addictive game at the moment is being called the future of TV. Drawing more than 1,000,000 viewers in each game, the application is growing popular among people everyday. It is thus the most easiest way to earn online while having fun. With a nothing to lose mindset you may try your luck everyday for 15 minutes. Who knows, you might get lucky! Here’s another guide that lists Online money games that pay real cash.

About the Author: Michelle

Michelle is an Expert writer and an Entrepreneur. She writes articles and guides about passive income opportunities.

This site uses Akismet to reduce spam. Learn how your comment data is processed.